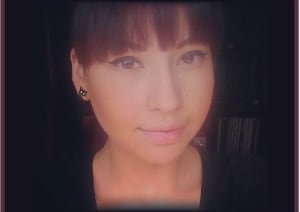 Christa Big Canoe is Anishinaabekwe and a member of the Georigina Island First Nation. She is a lawyer, working with the Legal Advocacy Director of Aboriginal Legal Services of Toronto, and is the legal representative for the Laboucan family in relation to the July 20, 2013 death of Bella Laboucan-McLean.

Melina Laboucan-Massimo is a member of the Lubicon Cree First Nation. She currently works as a  tar sands climate and energy campaigner with Greenpeace and is completing her master’s degree in indigenous governance. Her sister Bella’s death remains unsolved.

With almost 1,200 missing and murdered indigenous women (MMIW) in Canada, searching for a way to feel safe is a daily reality and something that has been elusive for many indigenous women.

As an indigenous woman and lawyer that provides legal representation to women who are victims of crime, and families who have lost loved ones, there are days where it is hard for me (Christa) to see light at the end of the tunnel. Working with families who experience that level of loss is humbling and difficult work on a good day.

As an indigenous and environmental activist, there are days when concern over basic things like clean drinking water and clean energy should be at the top of mind for me (Melina) but they are not. The loss of my beloved sister Bella can be too much to handle.

Bella Laboucan-McLean, from Sturgeon Lake Cree First Nation in Alberta, fell 31 storeys at a condominium in downtown Toronto on July 20, 2013, a death police consider suspicious. (Provided by It Starts With Us-MMIW)

A year and a half after the loss of Bella, there are little to no answers in the unsolved case. My sister’s death is still undetermined and there are many suspicious clues.

It is difficult to not keep asking: “What is happening with the investigation? How did Bella die? Did she suffer? Why are the police not doing more?”

These are the types of questions that families experiencing loss have to reckon with on a daily basis. To have those questions deemed as unimportant by the federal government is offensive. There will be no progress without acknowledgement. There is no peace without justice.

For both of us it is disheartening to listen to rhetoric from Prime Minister Stephen Harper’s government about how MMIW and a national inquiry into the issue is unimportant.

Harper would have the public believe that “We should not view this as a sociological phenomenon. We should view it as crime.”

The Canadian public has heard (in an interview on Dec. 17, 2014) the prime minister saying, in response to a question about whether the government was considering a national inquiry: “it isn’t really high on our radar, to be honest.”

Well, if honesty matters, then it should not surprise the federal government or the prime minister that indigenous people are literally at wits end about their treatment and Canada’s failure to value indigenous women’s lives.

This past Thursday a report from the Legal Research Strategy Coalition was released. The report reviewed 58 studies and the key findings and recommendations from those studies.

Shockingly, researchers found that only a few of over 700 recommendations in these reports have ever been fully implemented. This report demonstrates that the government’s stance that MMIW is not a sociological phenomenon is wrong.

This report demonstrates decades-long inaction by the government to even start to adequately address the systemic and structural violence against indigenous women and girls.

What is needed now is actions based on the many findings and recommendations from the various studies.

What is also needed is an acknowledgement of the gravity of the situation and there is no better way to do this than through a public forum such as a national inquiry.

An inquiry does not require a re-invention of the wheel. Moving forward with the knowledge from previous studies, inquiries and commissions will assist in creating a mandate that has meaning, that is actionable as well as accountable to the families of MMIW.

Families and survivors of those who have lost loved ones also need to have a key role in the formulation of what the inquiry should address.

We both see the connection between the root causes of violence to indigenous women and the loss of land, indigenous territory and access to a clean and healthy environment — necessary for the well being of all.

A failure to recognize the connection between racism and colonial legacies means that most Canadians do not understand the root causes leading to MMIW. This is not a popular position. It is not easy to hear that atrocious law, policy and attempted assimilation continues to resound over and over again for indigenous people.

The Inter-American Commission of Human Rights released a report on murdered and missing indigenous women last month. It documented how “the police have failed to adequately prevent and protect indigenous women and girls from killings, disappearances and extreme forms of violence, and have failed to diligently and promptly investigate these acts.”

When the most vulnerable are not protected and indigenous women are five times more likely to die a violent death — what does this say about our society?

‘Public awareness needs to be increased but most importantly indigenous women and girls need to walk in peace and safety.’- Christa Big Canoe & Melina Laboucan-Massimo

If roundtables solely lead to more roundtables than not enough is being done and meaningful change is not being enacted — especially when there is severely limited participation and a lack of inclusion of the families of MMIW in the process.

If any step of an inquiry is not led by and for families — including the allocation of adequate time and resources  for each of the 1,200 families to seek justice for their family members — then it will not be meaningful or effective.

An inquiry needs to be called that is accountable to those it affects the most. Public awareness needs to be increased, but most importantly indigenous women and girls need to be able to walk in peace and safety.