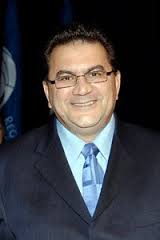 The Regional Municipality of Wood Buffalo council recently cancelled the medical leave for Coun. John Chadi, and this move was made so that the municipality was in line with the law. The council voted last Tuesday to take back a motion that was made in 2013 which excused Coun. Chadi so that he did not need to attend the regular council meetings due to health reasons. According to RMWB chief legal officer David Leflar council has a requirement under the Municipal Government Act to reauthorize a leave of absence for Coun. Chadi every 8 weeks. Leflar explained “The resolution of 2013 is suspect in terms of whether it was really a valid resolution or not. (The MGA) allows council to excuse any council member’s absence that has already occurred (and) council is required to revisit any prolonged absence.”

According to the Municipal Government Act any councilor, such as Coun. John Chadi, who does not attend any council meetings in an 8 week period is disqualified unless the absence from the council meetings is excused. Not long after Coun. John Chadi was elected to represent Ward 2 in 2013 the Fort Chipewyan resident was diagnosed as having a very rare form of bile duct cancer. The original motion by the council was made so that Coun. Chadi had an opportunity to deal with the diagnosis and his illness. The proposal to rescind the original motion was made by Coun. Allan Vinni in February once he noticed that the motion was in conflict with the MGA, but the proposal was tabled until the administration could come up with a report on how to resolve the conflict identified.