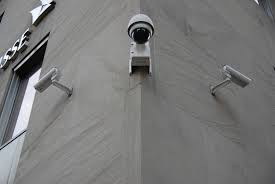 Recent social media posts about terror threats by Al-Shabaab that involve the West Edmonton Mall have some claiming that this is just terrorist propaganda designed to push C-51 by those behind the new proposal. According to a conservative post on social media, which ha a link to a petition in support of Bill C-51, “Jihadi terrorists are threatening Canada — we need to give our police and security forces the tools they need to protect us from the threat of terrorism. Add your name if you agree.” According to Thomas Lukaszuk, the Edmonton-Castle Downs MLA, “As an elected official, I don’t want Edmontonians to live with some undue fear and avoid public venues like West Edmointon Mall. Oddly enough, they’re asking us to petition the very same government of that same party to give more money to police. I would ask them to petition themselves…It tells Edmontonians to ‘nevermind what the police say, they’re underfunded. There is a threat and they’re not in a position to protect you’ and that’s just irresponsible.”

According to some the terrorist propaganda behind the push for Bill C-51 makes it appear that Canadian police forces are under resourced and lacking, which gives the wrong impression to Canadians and the rest of the world. These individuals point out that the goal is to increase the fear of Canadians, and to make citizens believe that their local police force can not protect them against terrorist threats. Lukaszuk explained “The last thing we need is sending out messages that are inaccurate and wedging one community against another.”