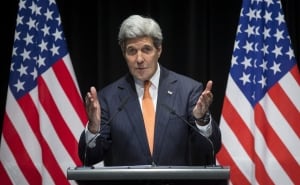 The current talks over Iran’s nuclear program have been a source of angry rhetoric, wild speculation, allegations of spying and the fraying of one longstanding friendship.

With mere days left before the March 31 deadline, analysts acknowledge that Iranian and Western diplomats have inched closer on certain points, but caution that a number of sore spots remain.

“At least one pair of issues could be a deal-breaker,” says Patrick Clawson, director of research at the Washington Institute for Near East Policy.

Those issues are: addressing the possible military dimensions of Iran’s nuclear program and a timetable for relief from Western sanctions, which have battered the Iranian economy.

“The [UN negotiators] have suggested linking the two, which Iran doesn’t like,” says Clawson.

Iran’s nuclear program has been the subject of suspicion and rumour for years. The U.S. and Israel, for example, have long believed that the Iranian regime is developing atomic weapons, while the Iranians maintain their program is purely for civilian use.

The aim of the current negotiations between Iran and delegates from the P5+1 group — permanent United Nations Security Council members U.S., Great Britain, France, China and Russia, plus Germany — is containing Iran’s nuclear program in exchange for sanctions relief.

The parties have set a March 31 target for an outline of an agreement, with a final deal to be inked by the end of June.

Iran’s supreme leader, Ayatollah Ali Khamenei, has said that any deal should produce an immediate end to sanctions, which have been imposed by both the U.S and the UN, and include restrictions on investments in oil and gas companies and banking transactions.

But Clawson says one of the main concerns for the P5+1 is getting proof that Iran’s nuclear program isn’t for military purposes.

In 2013, Iran signed an agreement with the International Atomic Energy Agency (IAEA) in which it submitted to a 12-step work plan to show its nuclear program is only for civilian use.

But according to IAEA head Yukiya Amano, Iran has only addressed one of those steps.

Clawson says the P5+1’s position now is, “How can we lift sanctions if you haven’t done anything?”

While this remains a key point in the negotiations, Clawson says the U.S., which is leading the discussions, has made some significant compromises.

The P5+1 have been calling for a drastic reduction in the number of centrifuges operating in Iran, but reports from the negotiations suggest the U.S. may be willing to allow 6,000 centrifuges to continue to operate.

The Iranians, on the other hand, seem willing to downgrade or give up significant portions of their stockpiles of low-to-medium-enriched uranium, which is a necessary condition for acquiring nuclear weapons capability, says Justin Logan, director of foreign policy studies at the Cato Institute in Washington, D.C.

They also seem willing to submit to more comprehensive inspections.

“There will be more intrusive inspections than have taken place heretofore in the Iranian program,” says Logan.

A key consideration for parties involved in a negotiation of this magnitude is not losing face at home, says Logan.

The U.S. and Iran have traded barbs throughout the talks. In early March, U.S. President Barack Obama said, “The specific problem that is being debated right now is not whether we trust the Iranian regime or not – we don’t trust them.”

On March 21, Khameini’s official Twitter account warned, “#US should know that ppl of #Iran wouldn’t submit to bullying.”

But with the deadline encroaching, it appears that Iranian President Hassan Rouhani has been able to convince the mullahs to loosen their positions, says Shaul Bakkash, a professor and expert on Iranian history at George Mason University in Virginia.

“I think the hardliners in Iran have softened their position in the last few weeks and have been talking about the need or desirability for an agreement,” says Bakkash. 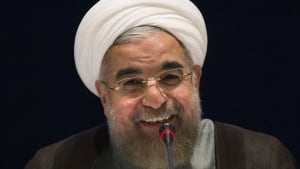 Iranian President Hassan Rouhani says he believes nations can work together to clinch a long-term nuclear agreement, but said that any deal that did not lift all sanctions against Iran was ‘unacceptable.’ (Adrees Latif/Reuters)

Another concern for negotiators is figuring out what a preliminary deal might contain, says Nickolas Roth, a research associate at the Project on Managing the Atom in the Belfer Center for Science and International Affairs at the Harvard Kennedy School.

“One of the big sticking points is what, if anything, a near-term agreement is going to look like — how much detail the U.S. wants in the agreement versus the amount of detail Iran is willing to deal with,” says Roth.

According to a New York Times report earlier this week that cited Western diplomats involved in the talks, “Iran has increasingly resisted any kind of formal ‘framework’ agreement at this stage in the negotiations, preferring a more general statement of ‘understanding’ followed by a final accord in June.”

Roth says this would make it “very difficult for the Obama administration” to sell a deal to Congress, which has already been harshly critical of the process.

Indeed, partisan clashes in Washington have brought an extra measure of drama to the talks.

The U.S. president and many other Democrats refused to attend Netanyahu’s speech, with House minority leader Nancy Pelosi calling it an “insult to the intelligence of the United States.”

A week later, Arkansas Republican Sen. Tom Cotton posted an open letter to “the Leaders of the Islamic Republic of Iran,” which was signed by 46 other Senate Republicans, which cautioned that the U.S. Congress could scupper any deal made by Obama.

Then, last week, the Wall Street Journal reported that Israel spied on U.S. negotiations with Iran and passed that intelligence on to Republicans in Congress.

Meanwhile, the U.S. Senate has already voted in favour of heaping new sanctions on Iran if it violates the terms of a nuclear deal.

All of this reflects deep, decades-long distrust between the U.S. and Iran, says Logan.

“There are people in Tehran and people in Washington for whom no deal could conceivably be called a good deal,” says Logan.

“And the extent to which those people get traction will bear heavily on whether a deal can be viable.”