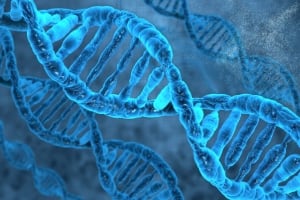 Incidental findings describe the discovery of a genetic condition that may cause a disease which is unrelated to why a doctor ordered the test for an individual. (Shutterstock)

Do Canadians want their doctors to tell them about genetic risks that might be exposed when screening the genome for an unrelated medical reason? It depends, a new study suggests.

Advances in genomic sequencing technology raise a host of ethical issues about “incidental findings” — the discovery of a genetic condition that may cause a disease unrelated to why a doctor ordered the test in the first place.

For example, a test to determine if there is a genetic cause of a patient’s colon cancer could point to a risk of other diseases, such as Alzheimer’s disease, unrelated to the cancer diagnosis.

When Dean Regier of the BC Cancer Agency in Vancouver and his team surveyed 1,200 adults in English and French about various scenarios, most valued receiving information about high-risk disease disorders with severe health consequence with an effective medical or lifestyle intervention and at least an 80 per cent lifetime risk.

But for disorders with no medical treatment available or mild health effects, participants said the incidental findings were less useful and could reduce well-being. Preferences varied.

The questionnaire included five characteristics for each choice:

“The results indicate that to maximize benefit, participant-level preferences should inform the decision about whether to return incidental findings,” Regier and his co-authors concluded.

They also said more research is needed on the best ways to communicate the range of possible incidental findings.

Participants had more education than the average Canadian, the study said, and tended to be in the middle-income range of $30,000 to $50,000.

The researchers also pointed to a drawback in that what people say they’ll choose and what they actually choose in a real-life clinical setting may differ.

The study was funded by the Canadian Centre for Applied Research in Cancer Control.