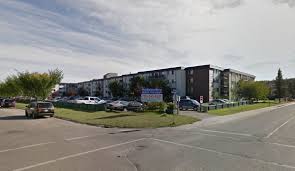 A second child has succumbed after the recent insecticide poisoning in Fort MacMurray, but the third child in Stollery hospital is still recovering and is doing well right now. The 2 year old toddler of the family was listed in critical condition in Stollery Children’s Hospital in Edmonton until late Thursday, when the toddler passed away from complications caused by the phosphine exposure. Adding to the sad and tragic death was the fact that the funeral for the 8 month old who also passed away because of the phosphine exposure was held Thursday as well. The entire community has rallied around the family involved, with fund raising activities and heartfelt condolences from everyone in the area. According to Markaz-Ul-Islam mosque spokesperson Wajeehullah Arain “It’s very very difficult for the family. It’s hard to say, and I can only imagine what the parents are going through. There’s still one more kid who is suffering, so we need to keep them in our thoughts with our condolences to the family. It is a trying time for them.”

The family affected by the Fort MacMurray insecticide poisoning is asking for privacy right now as they grieve for the children who are lost and try to stay strong for the children who remain. Wajeehullah Arain continued by saying “The other child is improving, and that’s really positive news. I hope that makes some closure for the family. They’ve really suffered a lot. We need to recognize that they’re going through this terrible time and it’s important to respect their privacy while they heal, and give them the space to come together. I do want to again acknowledge that the absolute support from the community at large has been incredible and I think that it’s also an important step towards healing and also providing the support that the parents need. I can’t imagine what this would have been like without that.”