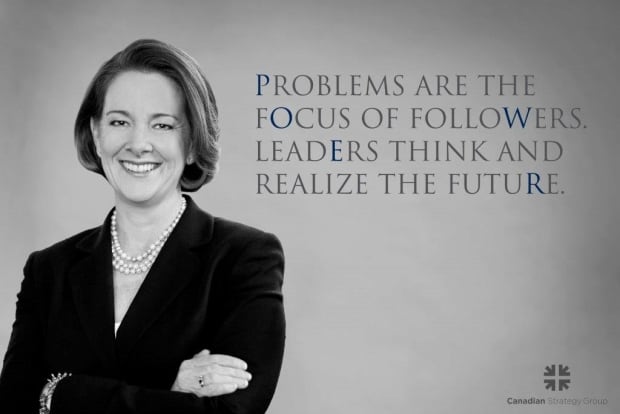 Elected as a progressive reformer, Redford’s political agenda was undermined by a fractious leadership style and several scandals about her lavish spending habits,exposed in part through a series of stories by CBC Edmonton.

March 19, 2014 – Under pressure from her own caucus and the public over a $45,000 trip to South Africa for Nelson Mandela’s funeral, Redford announces her resignation as premier.

“Quite simply, I am not prepared to allow party and caucus infighting to get in the way of building a better future for our province and for all Albertans,” she said.

March 28, 2014 – A CBC investigation reveals how Redford personally ordered a private penthouse suite in a government building under renovation near the Alberta Legislature.

April 14, 2014 – CBC publishes and broadcasts a story about how Redford flew her daughter on 50 government flights, including for two holiday long weekends in Jasper.

April 17, 2014 – The Wildrose formally asks the RCMP to investigate Redford’s June 2013 long-weekend trip to Jasper, after interim premier Dave Hancock refuses to provide proof of any work Redford did during that time.

“If this premier knows something untoward has happened, he owes it to Albertans to tell them,” then Wildrose leader Danielle Smith said in a testy exchange with Hancock. “Not telling them is tantamount to covering it up. If this premier refuses to answer, we will have no choice but to ask the RCMP to investigate whether taxpayer dollars were used to pay for a Jasper resort vacation for the former premier.”

April 25, 2014 – Although still the serving MLA for Calgary-Elbow, Redford disappeared from the legislature and from public events. A photo surfaces of Redford in Palm Springs, where her family owned a condo. Members of her own caucus question why she was not at work.

May 5, 2014 – Redford returns to the legislature for the first time since her resignation as premier.

June 25, 2014 – Documents obtained by CBC through freedom of information show Redford’s international and local travel costs were far greater than publicly reported. They reveal government employee Michelle Tetreault acted as a “travel scout” for Redford, travelling all over the world to check out restaurants, hotels, and meeting venues in advance of Redford’s trips. Tetreault’s work cost taxpayers nearly $330,000 over a 20-month period.

Barberio lived in Denver, Colo., at taxpayers’ expense while he worked intermittently as a commercial officer with Alberta’s department of International and Intergovernmental Relations. He racked up tens of thousands of dollars in food, per diem and travel expenses, and spent four months in a Denver hotel at a cost of more than $25,000.

July 29, 2014 – CBC reveals details from a leaked auditor general’s report into Redford’s travel and expenses. Auditor general Merwan Saher found Redford’s staff engaged in a bizarre scheme in which false passengers were booked on government flights so Redford could travel with a chosen entourage. The auditor general also concluded Redford had derived a “personal benefit” from her daughter’s 50 flights on government planes.

University of Alberta political scientist Jim Lightbody called Redford’s abuse of the government planes a, “scarcely disguised contempt for taxpayers’ money” and “a signature private abuse of the public trust.”

August 6, 2014 – Redford resigns as MLA for Calgary-Elbow. In a statement issued to the media, she said, “I recognize that mistakes were made along the way. In hindsight, there were many things I would have done differently. That said, I accept responsibility for all the decisions I have made.”

Interim premier Dave Hancock tells the media he will ask the justice minister to forward the auditor general’s report to the RCMP for investigation.

“How could this have happened?” Saher wrote in his report. “The answer is the aura of power around Premier Redford and her office and the perception that the influence of the office should not be questioned.”

November 4, 2014 – CBC obtains an internal Alberta Justice review in which one of the department’s top prosecutors concluded Redford could be charged with fraud, forgery, uttering a forged document, and breach of trust if the RCMP proves the allegations contained in the the auditor general’s report.

Feb. 20, 2015 – The RCMP announced it would not be laying any charges against Redford and the investigation was closed. The RCMP refused to answer any questions about its investigation but it said investigators interviewed a “wide range of individuals who provided us with information related to the auditor general’s report.”

This poster of former premier Alison Redford was put out last spring for the annual Alberta House of Cards reception for politicians and their staff, hosted by Canadian Strategy Group.