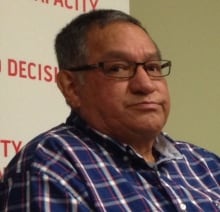 Plans by Noront Resources to buy Cliffs’ chromite assets in northern Ontario’s Ring of Fire mining area are a “barrier to future opportunities” and a “threat to aboriginal and treaty rights,” say First Nations chiefs opposed to the deal.

Noront announced the $20-million deal on Monday. The purchase requires court approval and won’t be finalized until at least mid-April because Cliffs’ Quebec subsidiary is in restructuring proceedings under the Companies’s Creditors Arrangement Act.

The Matawa Chiefs Council, representing the eight First Nations closest to the proposed mine sites, went public Wednesday with plans to stall the deal before it is finalized.

“Our rights to the chromite deposit are recognized by the fact that the province and mining companies have already made promises to share revenues and benefits from development,” said Neskantaga Chief Peter Moonias. “We should have had a voice in the sale.”

News of the deal came at the same time chiefs said they were told the province had set an April 1 deadline to make a decision on the terms of reference for Noront’s environmental assessment for another project, its proposed nickel mine in the Ring of Fire.

‘Just because they look down on us, doesn’t mean we’re going to look up to them,” Constance Lake Chief Fred Sackaney says of mining company Noront. (Jody Porter/CBC)

“The government is trying to please Noront so that they can satisfy investors and the public that they’re making progress in the north,” he said. “They show a lot of disrespect to First Nations. But just because they look down on us doesn’t mean we’re going to look up to them.”

Chiefs said they need more time and help from experts to analyze the thousands of pages of documents involved.

“We’re not in such a rush,” said Eabametoong Chief Elizabeth Atlookan. “Even though we’re the communities that are poverty stricken, we put up with less-than, yet we’re willing to do this well.”

Ontario’s Minister of Northern Development and Mines told CBC News on Thursday that there is no fixed timeline for the environmental assessment. 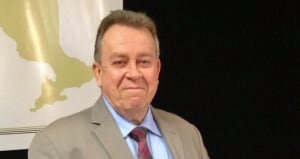 Northern Development and Mines Minister Michael Gravelle said on Thursday there is no fixed deadline for the next step in Noront’s environmental assessment. (Jeff Walters/CBC)

“I’m certainly not viewing this as one where there is an absolute deadline in place,” Michael Gravelle said. “I view it instead as one where it’s clear, certainly in discussions with the company, that there’s a need for them to move towards the next part of the process.”

The province is attempting to strike a balance between criticisms the project is not moving fast enough and the need to “do it right” with the support of First Nations, Gravelle said.