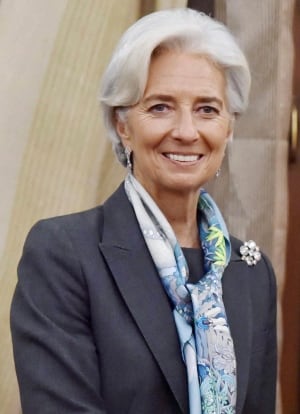 It’s like an anvil hanging over your head on a frayed string. As ominous as the sword of Damocles. A bit like that wobbly ceiling fan that spun in ovals above my bed in the Raj-era hotel somewhere in India. Who knew when it would fall?

To hear the latest analysis, we have everything to fear from today’s Fed pronouncement.

According to most commentators, the earth-shaking expectation for today’s monetary policy statement in the United States is that Federal Reserve chair Janet Yellen will, gasp, remove the word “patient.”

What I’m saying is, the Fed has been too darn patient.

As I have noted before, central bank statements are so opaque that teams of acolytes must read the runes and examine the entrails of every paragraph. In this case, the repeated use of the word “patient” in the last few statements has been taken as a signal that the Fed will not raise interest rates any time soon.

The reason they are so reluctant to even hint at a rate rise, and why various commentators are warning about such a change of language, is the supposed chaos that would ensue following an increase. We are supposed to be in terror that the string will unravel and the anvil will fall.

I’ve written lots about the impact of rate changes on markets, so I won’t go into that in detail.

Suffice to say that the conventional view is that higher interest rates are bad for markets and a drag on the economy. And many analysts have warned that the threat of a sudden rise in rates will shock and destabilize markets just as they did in the so-called “taper tantrum” when the Fed was hinting it would scale back or “taper” the bond buying of quantitative easing.

But we should beware of pointing the finger at just those crazy media commentators. Because, as Bloomberg has reported, no less a personage that International Monetary Fund boss Christine Lagarde expressed similar fears.

“Even if this process is well managed, the likely volatility in financial markets could give rise to potential stability risks,” Lagarde warned Tuesday.

Call me contrarian, but I’d says Lagarde has it exactly wrong.

The best thing Yellen could do is raise rates as soon as possible and thus show that world does not end. And the taper tantrum is a perfect example of why that would be a good idea.

It’s true that markets swooned more that once in anticipation of the tapering that would end quantitative easing. But once the tapering began, everybody got over it. The bogeyman just wasn’t so scary when you could see him in the light of day and realize it made almost no difference to the parts of the economy that really counted.

The same applies to interest rate rises. We know they have to come eventually. History may not tell us how long interest will stay low, but it does tell us that that interest rates will not stay at an effective zero per cent forever. In a recovering economy, rate increases are a fact of life.

As with the taper tantrum, markets and their analysts have got themselves into such a state anticipating an increase in interest rates that it creates an absurd additional barrier preventing Yellen from doing her job.

At some point, Yellen and her team at the Federal Open Market Committee will decide that it must adjust rates. But because of the current state of apprehension, making that first change will carry an unnecessary weight.

That is why the best thing Yellen could do would be to raise rates by a quarter of one per cent whether markets really need it or not, just to break the ice. Just to show she can.

As we saw so clearly this week in Canada with the Bank of Montreal’s surprise 5-year mortgage interest rate cut to a record low of 2.79 per cent, the whole world seems to have decided that interest rates never go up and only go down. It is time for Yellen to correct that notion.