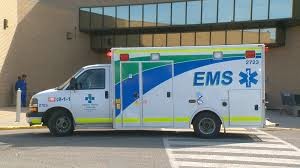 Craig Reid is fighting an ambulance bill he received, because the ambulance ride was one he never took and it occurred in a city that he was not even in at the time. All of these facts have not stopped Alberta Health Services from sending repeated bills, and now the entity is claiming that Reid is a deadbeat. Making the situation even worse is that Reid can not even find out what injury required an ambulance trip because of medical privacy laws. Reid is in a catch 22, and what is ironic is that Reid is covered by the Assured Income for the Severely Handicapped program, and that means if the ambulance bill is legitimate the province would have to cover it. Craig Reid could easily have turned the bill in, but it is a matter of integrity and principle so now he is facing the threat of having his credit hurt if the bill is actually turned over to a collection agency.

When Craig Reid first received the incorrect ambulance bill he tried to straighten the matter out. “My landlord offered to write a statements, telling them I was here at home, but they say it isn’t good enough — I need real proof, like bills or receipts. I wasn’t in Edmonton, but they won’t believe me. They say they can’t tell me over the phone, and I’m the one who was supposedly in the hospital. I know where I was, and I was at home. But how can I prove it?”