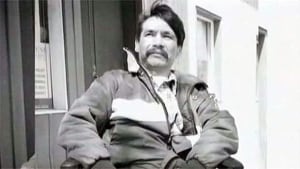 Manitoba will be moving forward with 63 recommended health-care changes to come out of an inquest report that deemed the ER death of Brian Sinclair “preventable” — changes that could take years to implement.

Brian Sinclair, 45, went to the Winnipeg’s Health Sciences Centre’s emergency ward in September 2008 with a bladder infection. But nobody came to his assistance. More than 24 hours later, he was found dead in his wheelchair. (Family photo)

Manitoba Health Minister Sharon Blady said Thursday that while there are many practical challenges that lie ahead in terms of preventing similar tragedies in the future, a change in culture is also necessary,

“A lot of this is about culture change, and it’s about system change and those are the kinds of things where you need to work on the ground with the individuals involved,” said Blady. “You also need to assess broader policy, so again, it’s about moving forward in the best way possible to ensure there’s thorough and systemic change.”

Sinclair, a 45-year-old who was a double-amputee, died of a treatable bladder infection while waiting for care in the emergency room at Winnipeg’s Health Science Centre. He was found dead in his wheelchair 34 hours after arriving at the hospital.

The case drew the ire of health-care and aboriginal advocates, who said Sinclair was ignored and that his death was the product of systemic racism toward indigenous people.

An inquest into the 2008 death was conducted and a 200-page report was released in December. The report highlighted several issues and contained a list of 63 recommendations for improving the “front end” of the Health Science’s Centre’s emergency intake processes. 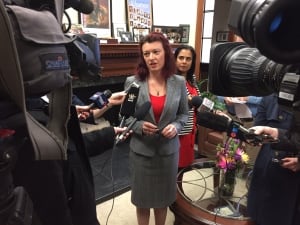 Manitoba Health Minister Sharon Blady speaks to media Thursday. The province announced it will be following through with the health-care recommendations suggested following an inquest into Brian Sinclair’s death. (Sara Calnek/CBC)

Blady said there were several changes made at HSC in the immediate aftermath of Sinclair’s death. Specifically, Blady said triage protocols were assessed and bolstered to ensure patients received proper care during the intake process.

“Within days, we had already moved to a system there at HSC where it has to do with identification, diagnostics, triaging and the green bracelet protocol,” said Blady. “Those kinds of things were immediate actions and are the foundation for future actions that were taken elsewhere and can be taken further.”

The province has set out a 24-month timeframe for the plan. Blady was asked by reporters why it will take more than two years to implement some of the recommendations.

“I want to make sure that we are doing the right thing for each area of the province, for each ER and the services that are provided,” he responded. “This is about systemic change and that can’t happen overnight. It has to be built on a strong foundation.”

A task force of senior staff from Manitoba’s regional health authorities, the deputy minister of health and several health organization members throughout the province helped develop the plan and timeline for implementing changes.

In the short term, the province said it will focus on making changes in emergency rooms that see more than 10,000 visitors per year. From there, smaller departments will undergo changes based on the layout of hospital buildings, staffing and the needs of patients.

“Each facility is unique. I’m looking forward to folks staying on top of those timelines, because we do need to move this forward and [ensure] that each community has the best health care that they can provide,” said Blady.

“So again, I would like people to stay very tightly to those timelines.”

Many of the of the recommended changes are already underway, he said.

“People have already seen changes from the time of his passing to now,” she said. “We’re looking forward to making more changes. I want every Manitoban to have the highest quality health care. Rapid response, high quality response. It’s what we all want and deserve.”