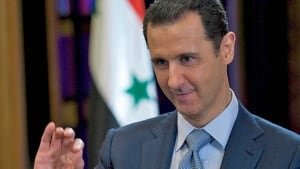 In all of Canada’s long military history, we’ve likely never known less about a territory we are about to attack than the Syria we’re going bomb from on high.

We’re not alone in that ignorance as virtually no one today can figure out the full scale of the explosive, antagonist-rich tinderbox and moral disaster zone that is present day Syria.

Certainly not the U.S., nor the few Arab countries that will be our sole allies in bombing the ISIS operations there.

Our normal Western allies in these kinds of operations, including the British, French, Dutch, Danes and Australians, fear Syria is an impenetrable maze of horrors and want nothing to do with such attacks.

When British Prime Minister David Cameron tried to lead his country into bombing Syria in 2013, the U.K. Parliament acted as if he’d lost his marbles. A free vote of MPs roared a resounding “no way.”

To put it squarely, there is a democratic and Western world consensus — minus only the U.S. and Canada — that feels military attacks on Syria are far too risky for military, political, legal and, yes, even moral reasons.

The moral objections may seem surprising at first, for surely there is “moral clarity,” as Foreign Affairs Minister Rob Nicholson puts it, in attacking the murderous ISIS regime almost anywhere you find them.

The problem, however, is that it is not at all clear that Canadian attacks inside Syria won’t make a chaotic situation even more deadly for innocent civilians.

For example, many argue that Western airstrikes would only help and embolden the Assad dictatorship, whose crimes against humanity probably surpass even ISIS itself.

The other, less acknowledged risk of Western intervention is that bombing ISIS targets in eastern Syria might encourage the spread of other groups involved in the fighting, in the process igniting more regional blood-feuds.

Given we know so little about what we are getting into, we might see both results — a strengthened Assad plus more local wars — without guaranteeing the eradication of ISIS.

Syria’s President Bashar al-Assad is shown here during the filming of a BBC interview in February in which he said third parties were keeping him informed about the U.S. air strikes in Syria. (REUTERS)

As Sir Peter Wall, the former head of the British Army, warned Western nations recently, outside intervention might well only exacerbate local wars while making the interveners (in this case us) even more the focus of Islamic jihadists.

What’s more, it is dodging the issue to think that Canada’s contribution will be small, and relatively inconsequential.

Canada’s airstrikes will have an impact. A half dozen CF-18 aircraft dropping packs of 500-pound bombs in successive waves will not be mere pin-pricks.

The U.S. values Canadian expertise in modern bombing, and looks to us to step up the pace of the offensive, as we did over Kosovo and, more recently, Libya.

But the moral dilemma is that while we will use the latest precision bombs we cannot be precise about the aftermath on the ground.

We will kill ISIS members, yes. But which militia groups will move in? Will civilians be saved, or just threatened, abused, even massacred again?

What we do know about the Syrian civil war is that some of the groups fighting Assad and/or ISIS are almost as bad when it comes to atrocities.

Rights organizations have been warning for years of growing crimes against humanity by certain opposition militia, crimes that include torture, use of child soldiers and mass killings.

“We’ve seen a race to the bottom in Syria with rebel groups mimicking the ruthlessness of government forces with devastating consequences for civilians,” says Nadim Houry, a deputy director of Human Rights Watch in the Middle East.

Yes, many opposition groups are worthy of support.

But it’s important to remember that the so-called “National Coalition of Syrian Revolution and Opposition Forces” is united in name only.

On the ground, there’s an anarchy of hundreds of competing militias — the BBC has estimated there are up to 1,000 of them — who have failed to coalesce under one command because of bitter rivalries.

One of the most experienced observers of this catastrophic war, Stephen Starr, author of Revolt in Syria: Eyewitness to the Uprising, doubts unity will come anytime soon, as these fragmented rebel formations are ruled by narrow ambitions.

“Each local commander wanted to be boss, to take on and defeat Assad by himself,” Starr wrote recently. “Instead the rebels have been torn apart by jihadist groups.”

Civil wars are notoriously conducive to war crimes, as we saw during the 15-year Lebanese civil war (1975-90) next door where all factions, including Muslims and Christians, were guilty of extreme horrors.

Let’s remember, too, that when the U.S. Marines tried to intervene in Lebanon that ignited whole new rounds of unpredictable fighting, even a Syrian invasion.

In this case, Canada’s planned extension of the ISIS campaign into Syria is almost certainly only taking place under some sort of unspoken deal between the U.S.-led coalition and the profoundly offensive Assad regime — an understanding that is likely endorsed by the regime’s key war-backers, Russia and Iran, as useful to Assad’s survival. 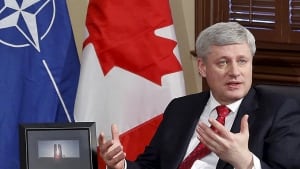 Prime Minister Stephen Harper says the air strikes in Syria are legal as they are in defence of Iraq and that anyway ISIS is unlikely to sue. (Reuters)

Prime Minister Stephen Harper insists there is no “explicit” agreement with Assad in place, but that is a meaningless argument in this context.

As neither the U.S. nor Canada wants to have to attack these air and missile defences, it’s quite clear that some go-ahead to bomb has been obtained, even if it is just to avoid needless incidents.

What we are talking about is really a kind of dodgy detente that will permit Canada to bomb Syrian territory, and this is just one part of the moral maze we are now about to enter. We may be lost inside for quite some time.