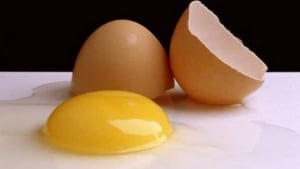 Steak, eggs, canned soup — all kinds of fridge and pantry staples have a best before date on the packaging. People often confuse best before dates with expiration dates, but the two labels tell consumers very different things.

Here are five things you may not know about expiration and best before dates.

1. Only 5 types of products have expiration dates

Expiration dates tell consumers the last day a product is safe to consume. A food should never be consumed after the expiry date.

The Canadian Food Inspection Agency mandates that only five types of products need to be labelled with an expiration date:

Best before dates are found on foods that will only stay fresh for 90 days or less. Some foods may be consumed even if their best before date has passed, unlike an expiry date.

An unopened, properly stored product’s best before date tells a consumer how long that food will keep its flavour and nutritional value. It doesn’t have anything to do with a food’s safety, says Topp.

A farm-fresh egg will stay together in ‘a nice, little package’ when someone tries to fry or poach it. An egg past its best before date is more likely to spread or have the yolk break.

the taste may have greatly deteriorated, but it’s still safe to eat,” she says.

If someone fries or poaches a fresh egg, she says, it will stay together in “a nice, little package.” If they use an egg beyond its best before date, it will spread out more and the yolk may be more likely to break.

“But, there’s nothing wrong with the egg,” she says, “as long as it’s not cracked.”

The manufacturer’s nutritional claims may no longer apply after a best before date or if the product isn’t properly stored, says Cathy Paroschy Harris, a dietitian and spokeswoman for Dietitians of Canada. Orange juice may not provide as much Vitamin C and milk less riboflavin past the best before date.

Other items may have compromised taste, but still be safe to eat. Ketchups and salsas may be more acidic, dry pasta may break when cooked, and cookies at the back of the pantry may just taste bad. It’s generally the taste, not safety that suffers.

However, foods must be properly stored according to package instructions to avoid turning mouldy or sour before their best before date.

The best before date no longer applies if a package is opened or if the food is frozen, according to Health Canada.

Once a sealed product is exposed to air it can be cross-contaminated, says Brenda Watson, the Canadian Partnership for Consumer Food Safety Education’s executive director.

The organization has a chart for how long different foods can be kept in a refrigerator or freezer. Watson recommends people purchase food with a short fridge life, like opened milk or cottage cheese, in quantities they’re likely to consume quickly.

If a food is properly frozen two days before its best before date, says Paroschy Harris, it should be edible for another two days at the start of the thawing process.

4. Some foods to keep an eye out for

Even though some food remains edible — just less tasty and nutritionally dense — after its best before date, that doesn’t mean all food is safe to eat when that date passes. Health Canada does not recommend eating anything after the best before date. The Canada Food Inspection Agency is more lenient.

‘When in doubt throw it out.’— Ellie Topp, professional home economist

Generally, if the food changes colour or appearance, or develops a bad smell, it is no longer safe to eat. Dented, leaking or bulging cans should be discarded.

“When in doubt throw it out,” says Topp.

She’s most cautious about cured meats, saying she would only keep deli meats, like baloney, a few days after purchase.

Hungry snackers should throw away mouldy cheese, breads, yogurts and other foods. Topp says people used to feel comfortable scraping mould off the top of food and continuing to eat it. Nowadays, that’s not considered acceptable, as mould is believed to contaminate food beyond what’s visible to the human eye, she says. 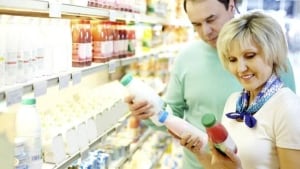 Once a sealed food product has been opened, the best before date can no longer be relied on, and consumers need to use their own judgment. When in doubt, throw it out. (iStock)

​Healthy people are unlikely to suffer any consequences if they fry up a steak one day past its best before date. But people shouldn’t toy with the best before date on foods that contain lots of pathogens, says Paroschy Harris. That includes whole, fresh meats — like chicken, steak or ground beef — and dairy.

“It’s like playing roulette,” she says. “You’re putting yourself at risk.”

A best before date and proper food handling go hand-in-hand, she says, and even lower-risk foods can become problematic if not handled properly.

Chips past their best before date won’t be as crunchy, but they also may become contaminated if people sharing them have dirty hands or double dip in the salsa bowl.

“There’s always a risk for something in food to go awry,” she says.

5. Frozen veggies may be fresher in winter

Topp points out that fresh produce found in Canadian grocery stores during the winter may have less nutritional value than frozen vegetables.

It takes several weeks for produce to be picked and transported from warmer climates. As soon as someone picks a vegetable, its nutrients start to decline, she says.

Frozen vegetables, however, are usually frozen within hours of being picked. It’s not a significant nutritional difference, she says, but frozen veggies may be more nutritious in the winter.